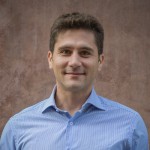 Nicolas was born in France and spent all his youth in a small village called Coulanges la Vineuse, close to Auxerre. After completing his Masters’ in Marketing in Dijon, France, Nicolas went straight to England, where he lived there for six and a half years. His last job in UK was for InterContinental Hotels Group (IHG) Head Office, where he has held various positions in Online Marketing for the group’s 650+ hotels in Europe, Middle East and Africa (EMEA). In April 2008, Nicolas moved to Barcelona, Spain, where he founded Esario.

For more information about Nicolas, take a look at his CV on: Linkedin. 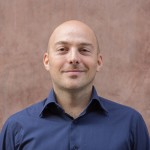 Simone has spent most of his life in Naples, Italy, where he was born. He grew up in a academic environment where professional projects were always experimental, making them difficult but exciting. He spent 11 years working in a research institute, where he was one of the managers of the IT service. In 2007, he opened his own consulting agency, iKune. He moved in Barcelona in July 2008 and became co-owner of Esario in 2009.

For more information about Simone, take a look at his CV on: Linkedin

We use cookies to ensure that we give you the best experience on our website. If you continue to use this site we will assume that you are happy with it.OkPrivacy policy